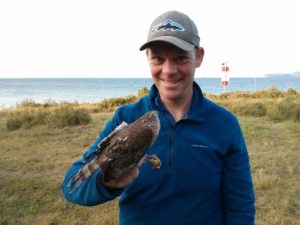 Cory Ross graduated from Oregon State University in 2019. He spent 11 years teaching band and choir in Michigan, before his growing passion for the environment and conservation issues led him to return to school. Cory has worked on a variety of research projects, including banding migrating birds in Northern Ontario, helping to study the impacts of climate change and sea level rise on the declining saltmarsh sparrow in Connecticut and studying the fire ecology of the black-backed woodpecker in Oregon. He moved to Vermont in 2015 and enjoys hiking, skiing, birding and generally spending time outside in the beautiful Green Mountains.

Heather Blunk graduated from Syracuse University in 2016. Before entering the workforce 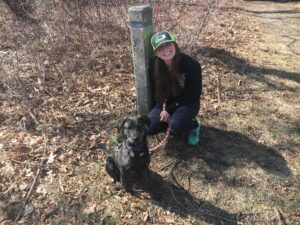 , she fulfilled her dream of thru-hiking the Appalachian trail where she fell in love with the rugged and rural landscapes and villages along the Appalachian range. Upon completing her thru-hike, she accepted an apprenticeship at Merck Forest and Farmland Center in Rupert Vermont. It was there that she gained numerous skills in field, forest and animal management. From there, she took on the role of Farm Manager at A Farm Less Ordinary in Leesburg, VA where she worked to train young adults with developmental disabilities job skills in order to prepare them for work outside of AFLO. After living and working in the south for almost four years she and her family have relocated back to Vermont and the mountains of the North East. In her off time Heather enjoys spending time in the great outdoors with her family and two dogs. 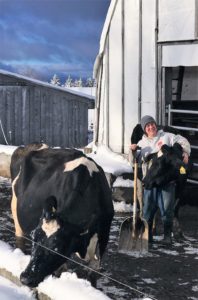 Linda Corse owns and operates The Corse Farm Dairy LLC, in Whitingham, VT in partnership with her husband, Leon. Their daughter, Abbie, works on the farm with them when she’s not busy with her 2 sons, (born in 2010 and 2014). Their farm has been in Leon’s family since 1868. It is an organic dairy shipping their milk to CROPP/Organic Valley.  They have a 55 cow mixed breed herd of mostly black & white  holsteins, along with some red & whites, jersey crosses, a couple of Finnish Reds & 1 blue holstein.  to CROPP/Organic Valley. Their farm is at 2000′ elevation in the Green Mountains in the Deerfield River and subsequently the Connecticut River watershed. Linda is chair of Windham County NRCD, as well as treasurer of the Connecticut River Watershed Farmers Alliance, and secretary for the Vermont Association of Conservation Districts. On their own or with cost sharing from NRCS the Corses have installed many conservation practices. Their farm and home is almost entirely powered by a solar array installed on their milking barn roof. They love to share their farm with people so please contact them for a visit. 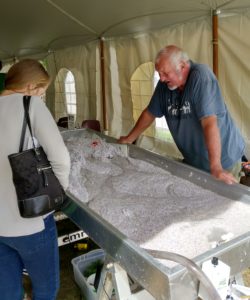 Geof Dolman was born and brought up in UK, near London. After a career in agricultural development, during which he lived in Oman, Egypt (where he met his late wife, Anne), Nigeria, Serbia, Croatia, Iraq, Washington DC (that was a tough one), Afghanistan, and Nigeria again, Anne and he decided they wanted to settle down. Anne had spent her summers, and sometimes winters, on Ames Hill, and regarded it as her ‘spiritual home’.  They were able to buy a farm there, and moved in in 2012. Geof found the WCNRCD to be extremely helpful in implementing improvements on the farm. He planted a large number of trees, bought at the Plant Sale; he erected permanent electric fences beside two ponds and two streams, to keep livestock out and prevent them polluting the water, with the help of a cost share obtained through WCNRCD; and he attended training and developed a Nutrient Management Plan consistent with the state’s Required Agricultural Practices, funded through WCNRCD. He was therefore more than willing to serve on the Board of Supervisors when offered a place on it in 2015.